The aim of this essay is to introduce some of the basic ideas concerning the science of complex systems, and to develop a philosophical stance that is sensitive to complexity itself. In doing so, it is assumed that the Universe in which we find ourselves can be well-described at some arbitrarily deep level as a complex system, in particular, a cellular automaton, much like John Conway’s famous Game-of-Life. It is argued that in Life there are no real and absolute boundaries, although many patterns can be uncovered that can be used to build sufficient levels of understanding to allow us to interact with our environment in useful ways, although always accepting that this understanding must be regarded as both approximate and always under review. In short, Dr. Richardson is suggesting that the notion of existence itself must be problematized, so that through constructive criticism and pluralism local ‘truths’ (with a small ‘t’) can be discovered and temporarily applied. Such a view regards the Universe as simultaneously both deterministic and non-deterministic, and that our own sentience is little more than an illusion derived from a particularly limited perspective. The distinction between what is absolutely real and what is substantially real is a subtle one, but it is such subtleties that differentiate between Capitalists, Scientists, Marxists, Theologists, as well as what makes each of us intellectually unique. These postmodern-esque conclusions are not new. The fact that they can be derived from a strongly realist approach, however, may surprise some.

For an accessible introduction to the central issues of Complexity Theory I strongly recommend Kurt Richardson’s little book. It does not only open up the subject, but shows why it is important that we reflect on it.
Paul Cilliers
Author of, Complexity and Postmodernism 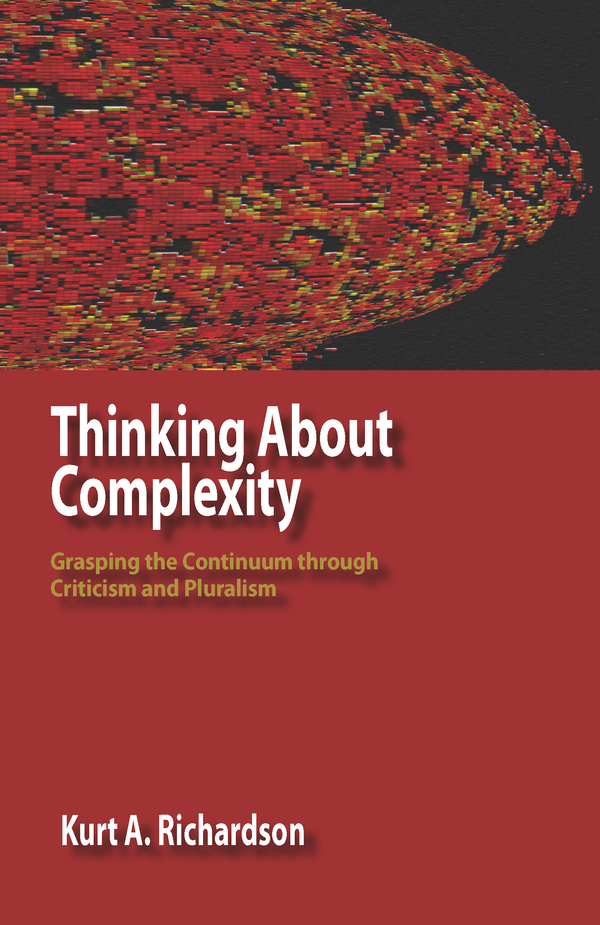 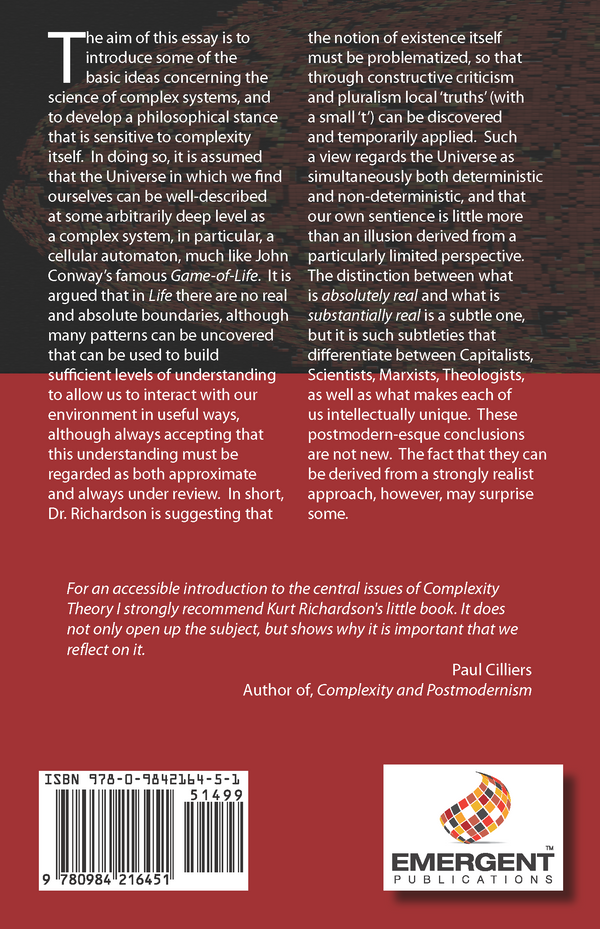 Explorations in Complexity Thinking: Pre-Proceedings of the 3rd International Workshop on Complexity and Philosophy

Dance to the Music of Story: Understanding Human Behavior through the Integration of Storytelling and Complexity Thinking