The disintegration of the USSR was one of the greatest management failures of the twentieth century, but is never considered from that standpoint. This monograph uniquely does so, using insights from complexity theory to elucidate the problems Gorbachev faced as “CEO of the Soviet Union” and why he was unable to solve them. In particular, it addresses the question of Soviet organizational learning and draws lessons for questions faced by contemporary complex organizations, including business corporations, such as merger, acquisition, spinning off, and the relative autonomy of subordinate managers.

Analyzing changes over time in the Soviet foreign policy making Establishment, this monograph specifies how an actor’s interpretation of the environment (in terms of decisional time horizon and experienced stress) evokes differentiated mechanisms that themselves constrain the types of decisions that the actor is able to take in such an environment. It exemplifies those mechanisms with concrete instances of communicational and organizational constraints and freedoms that draw on empirical case studies. From this, it draws lessons for the management, corporate culture, and design of twenty-first century organizations, including business firms of any size.

Cutler manages to do the unexpected, bringing a genuinely fresh perspective both to the collapse of the Soviet Union and the Western literature on Soviet politics and foreign policy by examining both through the lens of management theory. The result is an examination of real life events and the writing about those events which challenges long standing conventional wisdom and common assumptions. He demonstrates precisely why we need to re-think how we think about political affairs.
Dr. Blair A. Ruble
Director, Kennan Institute for Advanced Russian Studies
Woodrow Wilson Center, Smithsonian Institution

Although political institutions are evidently replete with complexity, the application of constructs and methods from the sciences of complex systems to the political world can be quite a tricky undertaking due to this same complexity. In this book, however, Robert Cutler has managed to accomplish such a feat admirably, in the process of which the reader gains insight into the machinations of not only Russian but world politics as Gorbachev helped usher in a new era. Cutler has accomplished this with both impressive scholarship and a rare ability to offer new perspectives on such a timely issue.
Prof. Jeffrey Goldstein
Adelphi University, NY 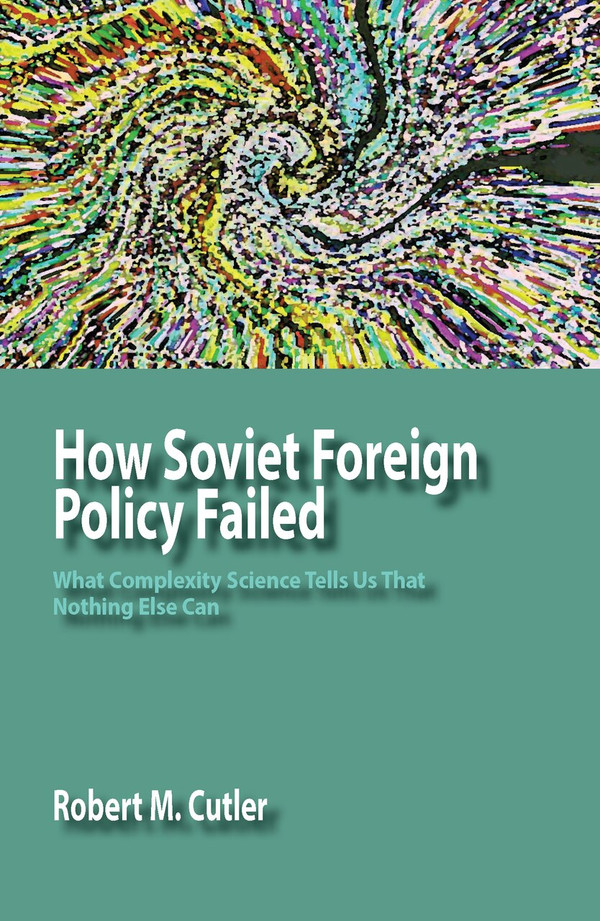 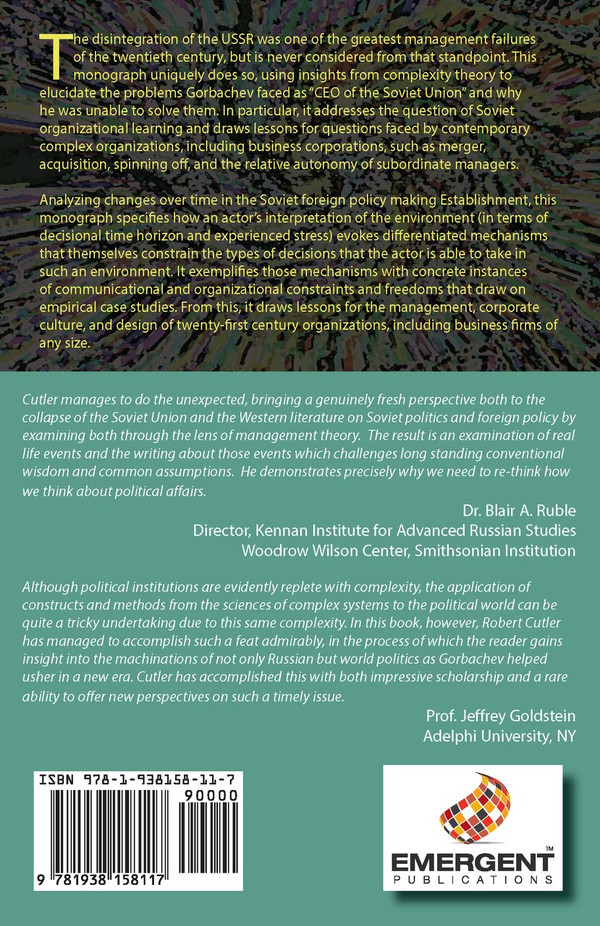 How Soviet Foreign Policy Failed: What Complexity Science Tells Us That Nothing Else Can