As 20th century geneticist J. B. S. Haldane famously quipped, “Teleology is like a mistress to the biologist; he dare not be seen with her in public but cannot live without her.” Teleology is the study of the purposes of nature. As a scientific discipline, it began its celebrated decline in the 17th century, with the birth of modern empiricism, and continued to plummet apace the rise of the Enlightenment, Darwinism, and quantum mechanics. Those who continued to think nature could be purposeful were primarily spiritualists, artists, or madmen, who credited the guidance of gods, muses, or fate.

But could a wholesale rejection of teleology be an overreaction? Is there something in the idea, as Haldane implies, that we need? Applying research from the complexity sciences, Peircean semiotics, and poetics, Alexander helps us re-imagine what purposeful behavior might be, in ourselves as well as in nature. Lurking at the heart of the discussion about purposefulness is the too-often overlooked question of creativity, for without creativity there is no purposeful action, only robotic execution of design.

Using her knowledge and experience as an art-theorist and novelist, Alexander takes us “inside” paradoxical self-organizing processes (which, somehow make themselves without having a self yet to do the making) and shows us how poetic-like relationships — things that are coincidentally near each other or metonymic, things that are coincidentally like each other or metaphoric — help form organization where there was none before. She suggests that it is these language-like processes that result in the emergent phenomena we call meaningful and functional. The Biologist’s Mistress deals deftly with postmodern theories that unfairly snubbed the purposeful artist and offers a view of a non-essentialist emergent self that is more than a mere momentary stay against the second law. It’s a much-needed antidote to the extreme relativism and anti-intellectualism that has lately wreaked such havoc on human culture.

Alexander has written a book of dazzling sparkle, charm and intellectual range. Her twelve chapters in The Biologist’s Mistress make an easy tour through some very difficult terrain, and always one is aware of a sturdy armature of argument, lightly carried.
Angus Fletcher, author of New Theory for American Poetry and Time, Space and Motion in the Age of Shakespeare.

In The Biologist’s Mistress, Alexander has achieved something so remarkable that one might have been thought impossible before reading her new book. She has persuasively shown how the notion of teleology, reinterpreted in the light of both complexity theory and Peircian semiotics, can illuminate aspects of the novelty producing core of creative process and art-making that had long remained obscure and inaccessible.
Jeffrey Goldstein, author of Emergence: Flirting with Paradox in Complex Systems.

Looking at the role of purpose in art and life, The Biologist’s Mistress should strongly appeal to those interested in dovetailing the sciences and arts, and especially those enthralled by literary criticism and the craft of fiction. In the end it is a kind of modern artistic manifesto, telling us what we’ve been missing and why.
Dorion Sagan, co-author of Microcosmos and Into the Cool.

Alexander uses the concept of self-organization as a means to bridge the ‘two cultures,’ allowing cross reflection between them.
Stanley Salthe, author of Development and Evolution.

Alexander has an uncanny way of anticipating critical artistic concerns…and then rephrasing the issues in ways that illuminate and promote creativity itself.
Ellen K. Levy, visual artist, past President, College Art Association, and co-organizer (2002) of a traveling exhibition, Complexity. 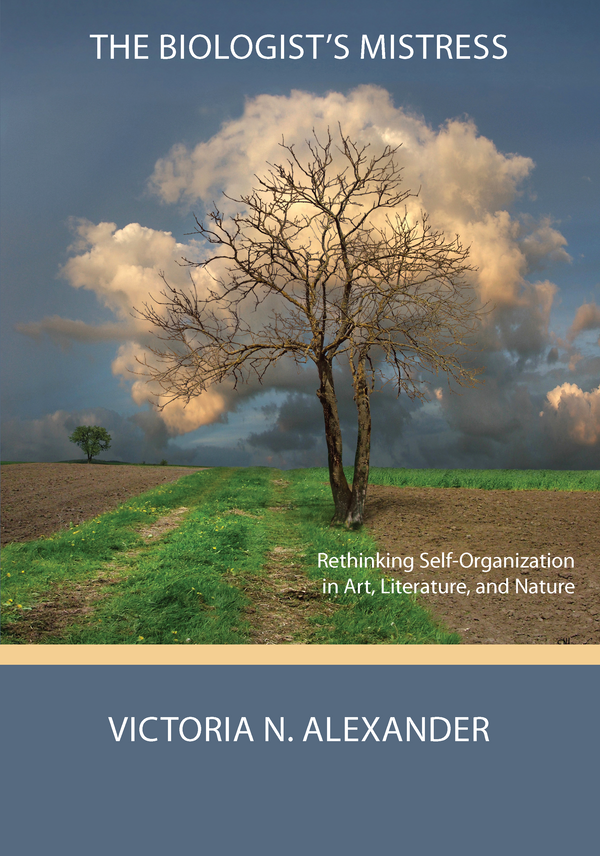 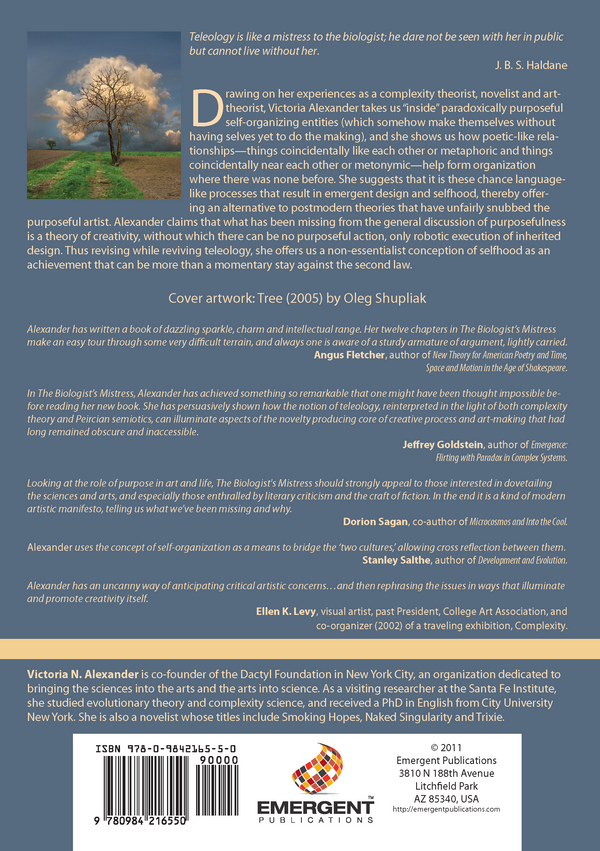 Origins of Self-Organization, Emergence and Cause