The Global Economy that sustains the civilized world is destroying the biosphere. As a result, civilization, like the Titanic, is on a collision course with disaster. But changing course via the body politic appears to be well nigh impossible, given that much of the populace lives in denial. Why is that? And how did we get into such a fix?

In this essay, biologists James Coffman and Donald Mikulecky argue that the reductionist model of the world developed by Western civilization misrepresents life, undermining our ability to regulate and adapt to the accelerating anthropogenic transformation of the world entrained by that very model. An alternative worldview is presented that better accounts for both the relational nature of living systems and the developmental phenomenology that constrains their evolution. Development of any complex system reinforces specific dependencies while eliminating alternatives, reducing the diversity that affords adaptive degrees of freedom: the more developed a system is, the less potential it has to change its way of being. Hence, in the evolution of life most species become extinct.

This perspective reveals the limits that complexity places on knowledge and technology, bringing to light our hubristically dysfunctional relationship with the natural world and increasingly tenuous connection to reality. The inescapable conclusion is that, barring a cultural metamorphosis that breaks free of deeply entrenched mental frames that made us what we are, continued development of the Global Economy will lead inexorably to the collapse of civilization.

Coffman and Mikulecky take on the pillars of Enlightenment science—determinism, conservation and the continuum—and leave them in rubble. They see the scientific wisdom of the 20th Century departing ever further from reality, casting society into a breach of deep cognitive dissonance, a.k.a., insanity!
Robert E. Ulanowicz, Department of Biology, University of Florida

Hooked on growth and headed for collapse. It is a depressing story. But Coffman and Mikulecky offer hope in focusing on the rebirth that will follow. And more importantly, they provide the intellectual tools for comprehending the broad sweep of what is taking place. A 21st Century analysis for a 21st Century problem.
John McCrone, Science writer and author of Going Inside: A Tour Around a Single Moment of Consciousness

This is a very current critique. The authors assemble input from most of the unfolding perspectives in science—self-organization, complexity, development, emergence, Aristotelian causal analysis, and internalism/semiotics… to suggest ways of formulating our cultural and social problems in hopes of generating a rational standpoint for confronting them.
Stan Salthe, Professor Emeritus, Biology, City University of New York and Visiting Scientist in Biological Sciences Binghamton University 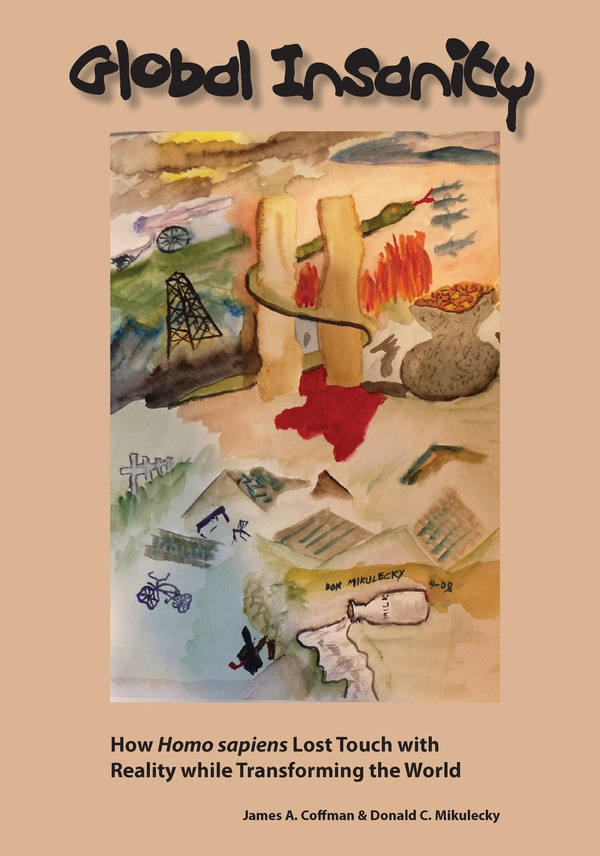 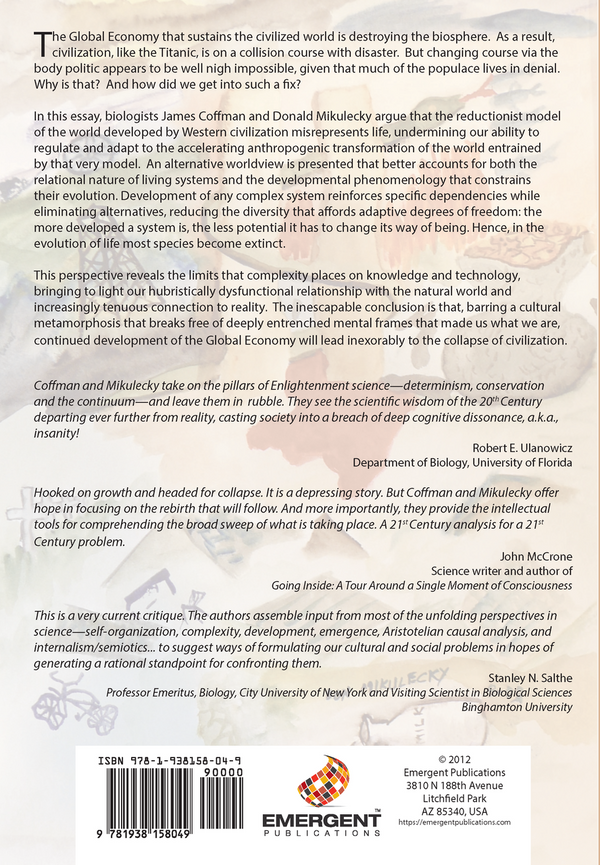 The Complex Buddhist: Doing Good in a Challenging World (PDF)

Global Insanity: How Homo Sapiens Lost Touch with Reality While Transforming the World

The Axial Ages of World History: Lessons for the 21st Century (PDF)